Progress has been slow for a while. Since moving in we have been getting used to the house and tinkering with things but not getting on with the job of actually finishing the build.

What we have done is fitted all the upstairs doors.  We chose some rather expensive Oak doors which then begged the question of door frames.  The cost to buy planed Oak to make them was eye wateringly expensive so as a compromise we made the door frames out of left over engineered Oak floor boards.  The result is not bad, just the door liners to fit and architraves.  Those might wait a while until the finances are in better shape. 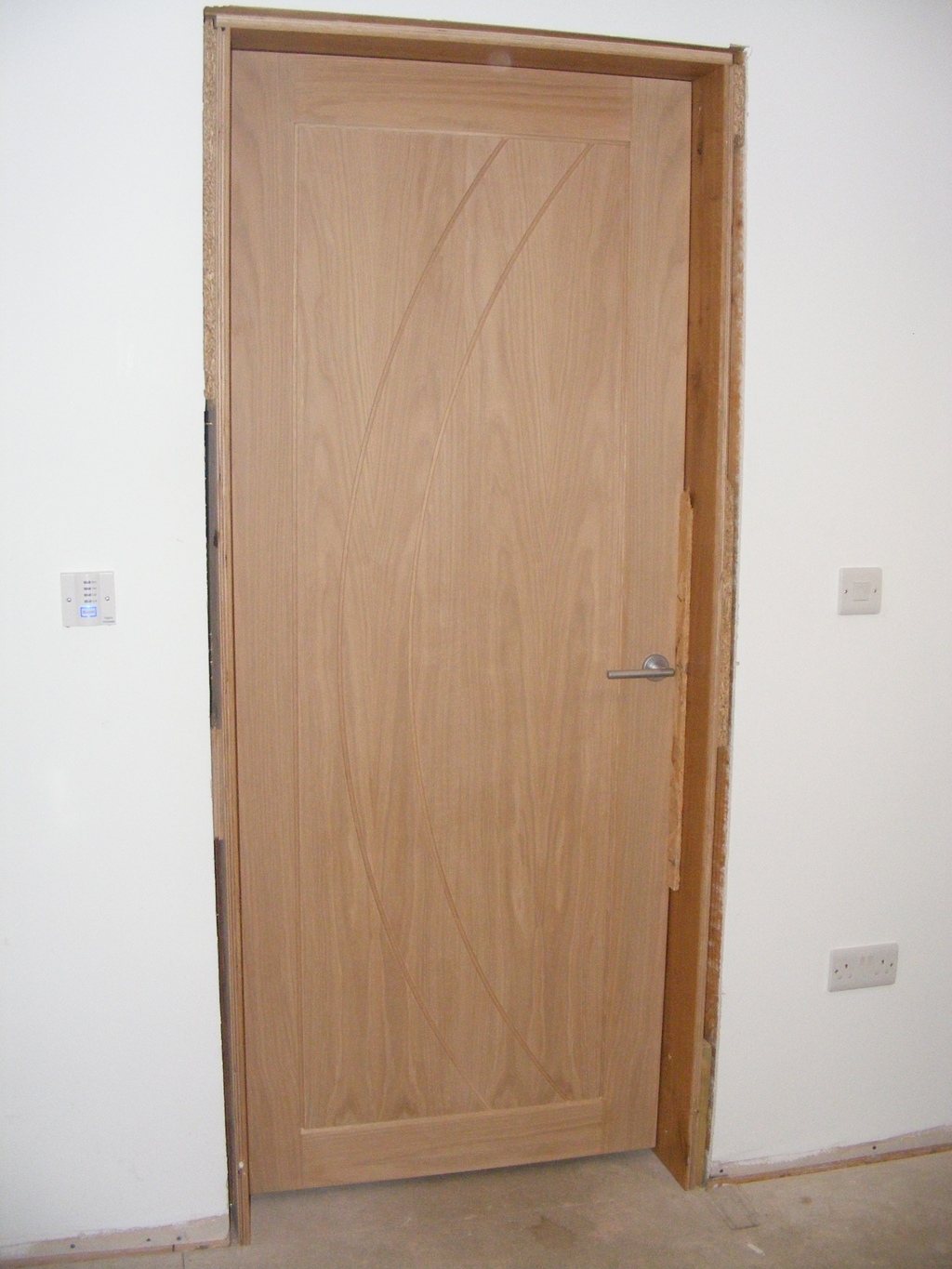 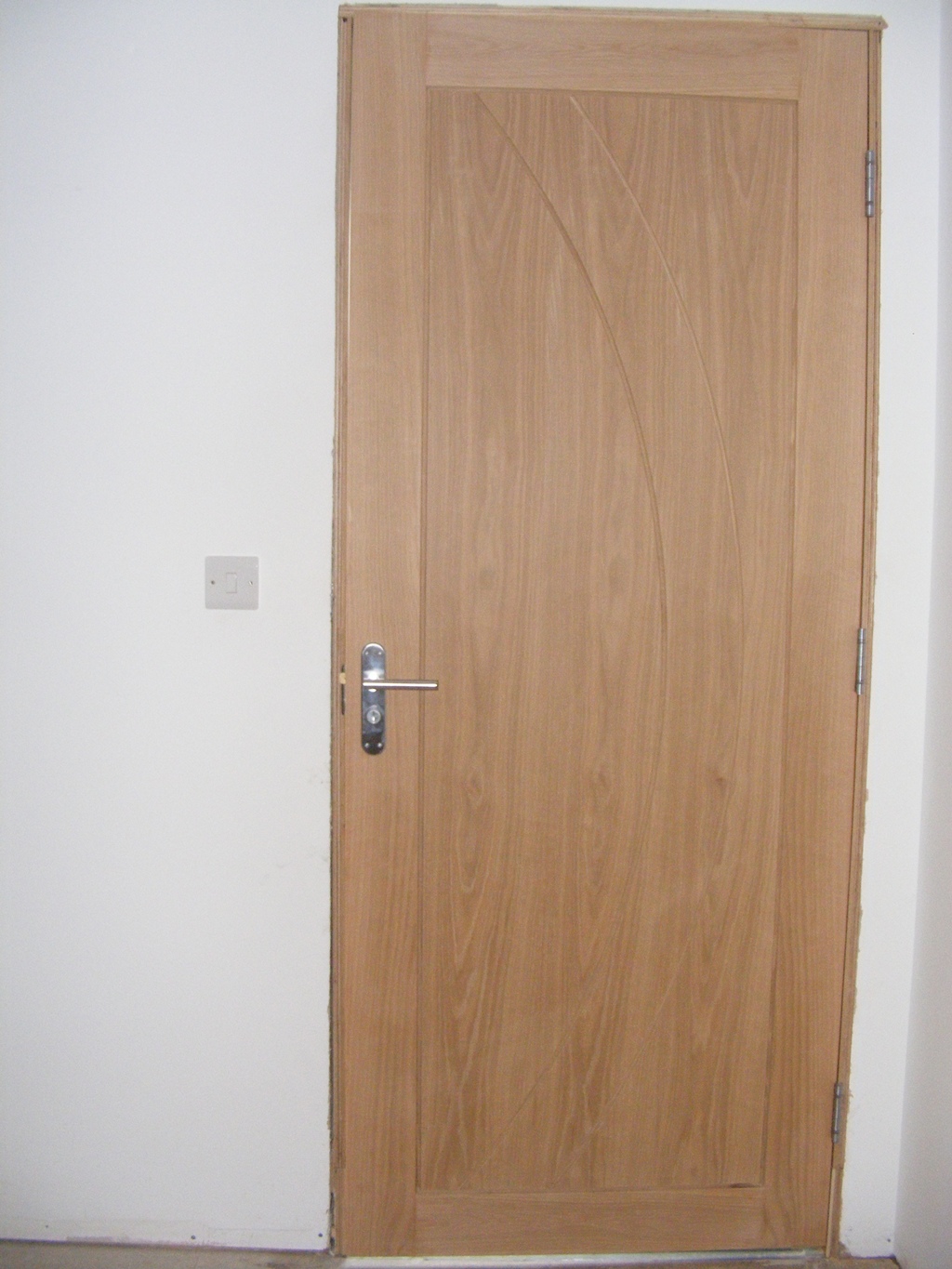 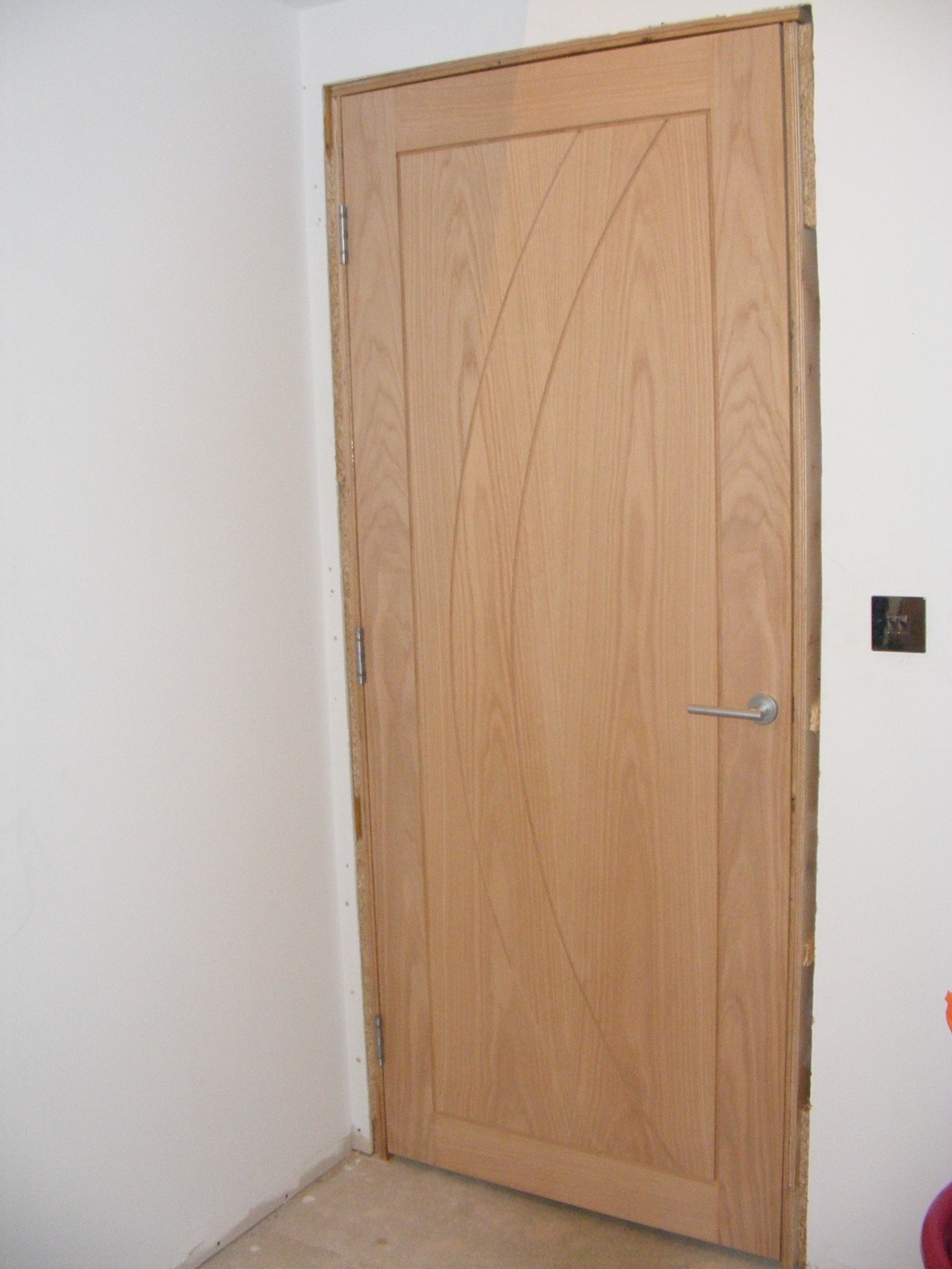 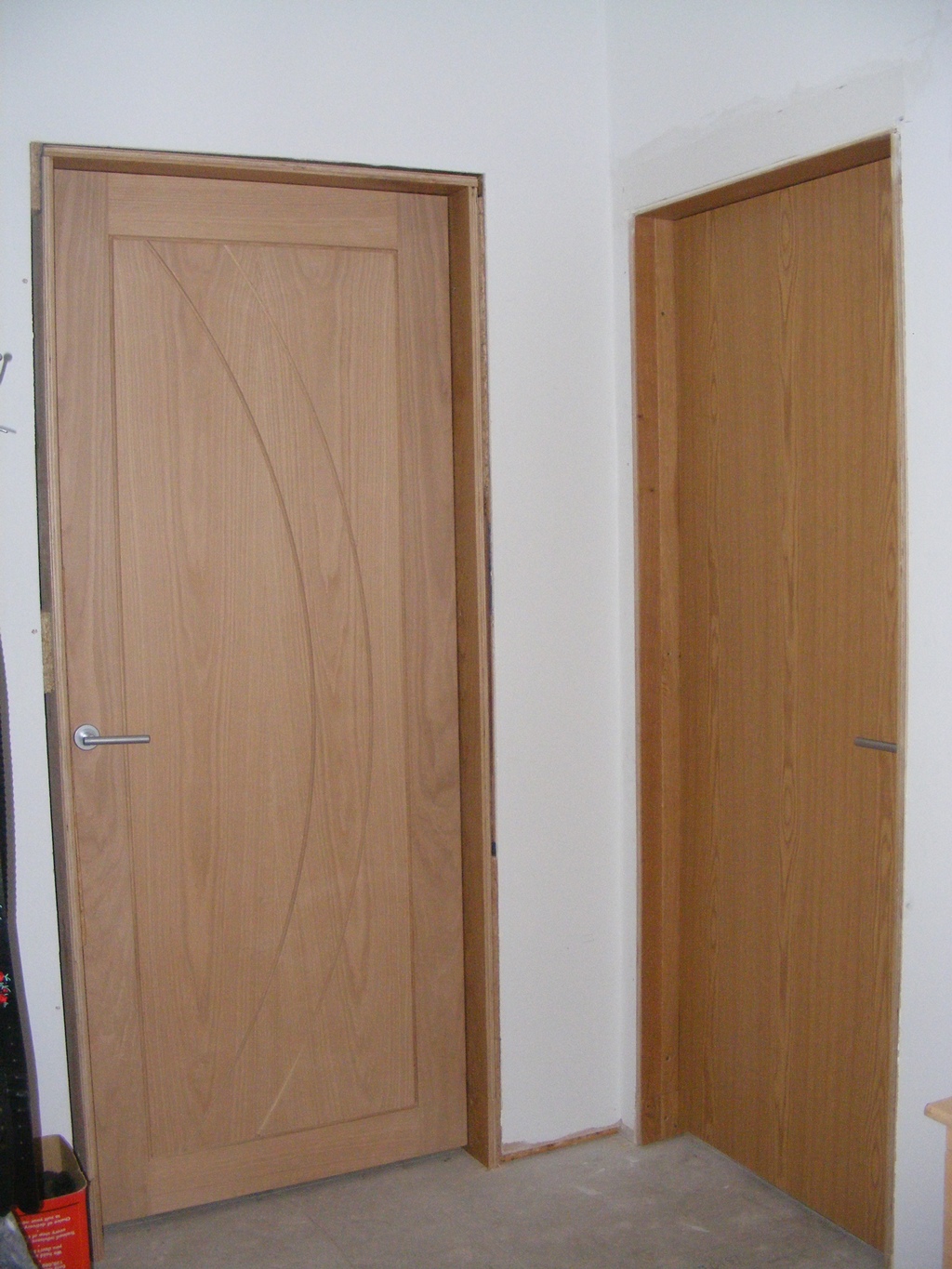 The other progress is the Utility room has now been plasterboarded.  This is the last bit of the timber frame to be covered up and the last of the services are now buried never to be seen again (hopefully) 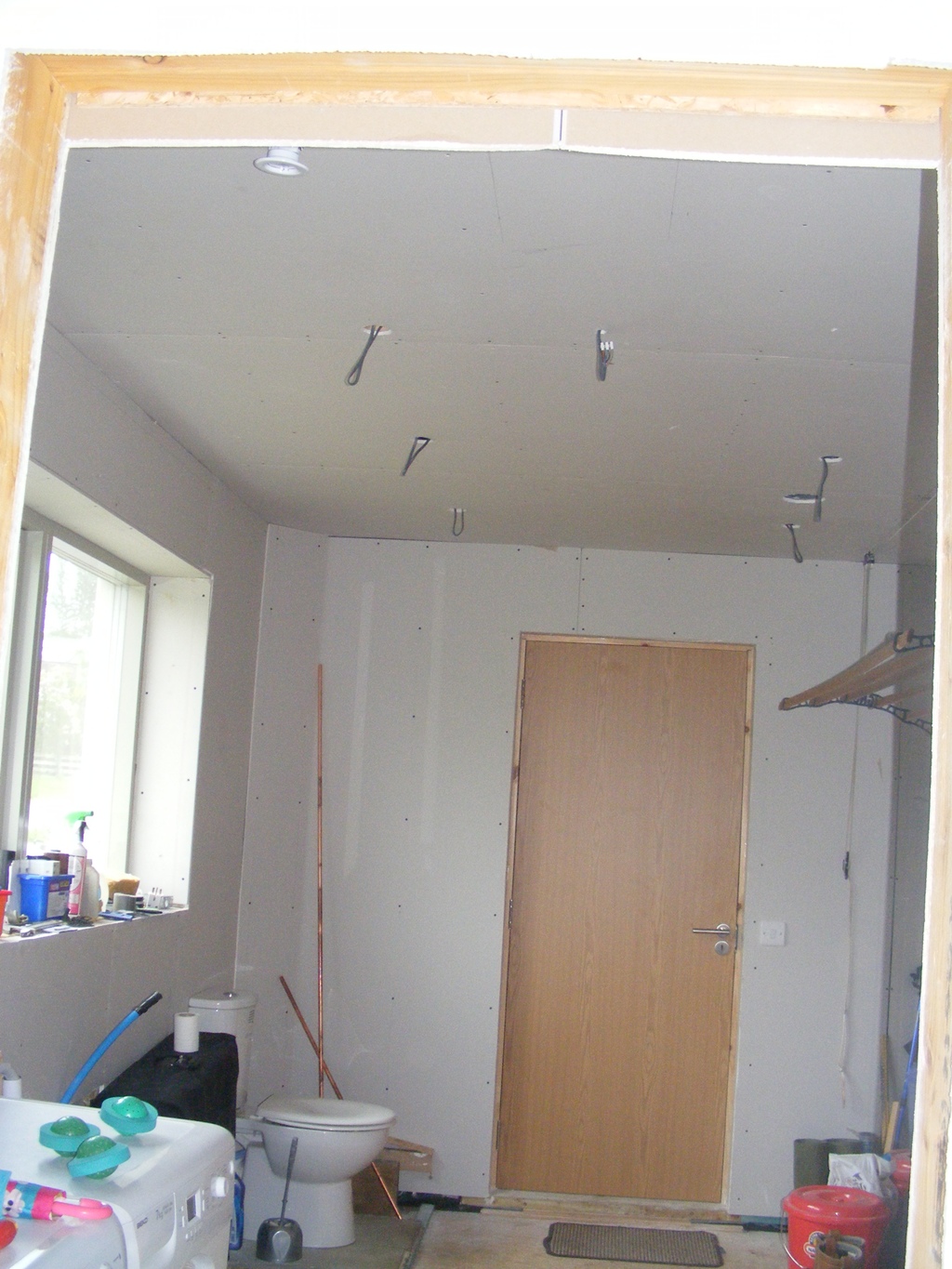 And as a fill in job (pun intended) I have been using up some of the last pile of soil to level the south area of garden.  Although we had previously mowed this into sumbission, the grouind was as we found it, very lumpy and far from level. 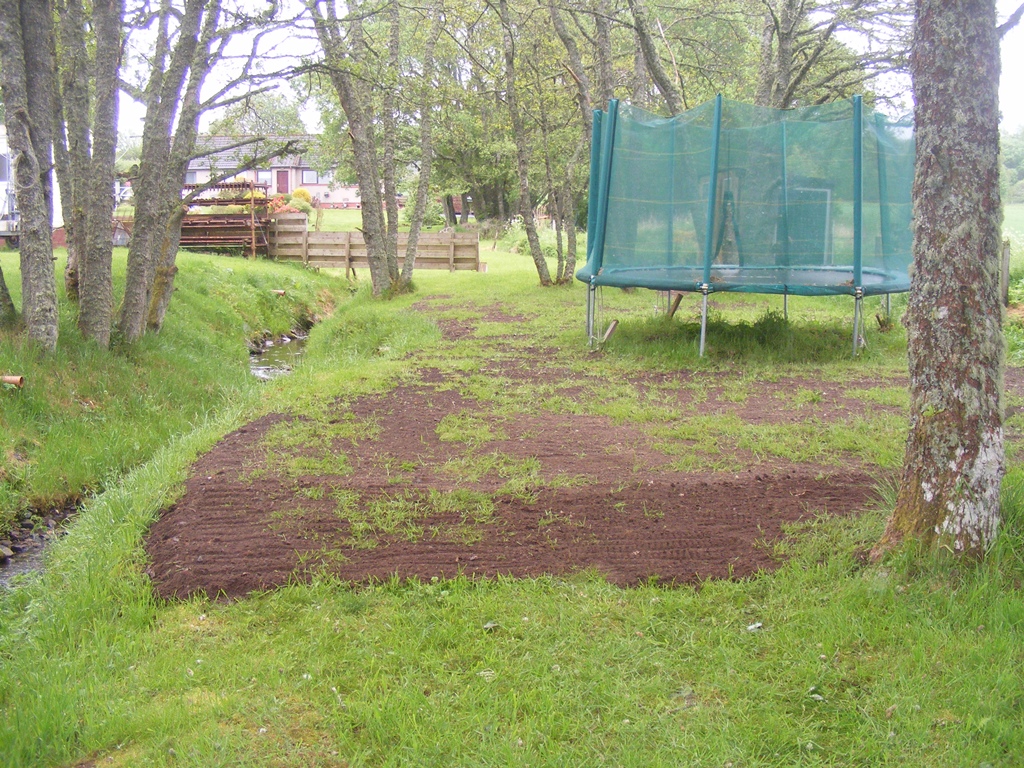 Previous Entries Solar panels, and a shed. Next Entries Hall and Utility room